YBO - Muong Lai has been a popular name in the Vietnamese revolution with the formation of the “Le Loi anti-Japanese revolutionary base” and “Co Lai guerrilla troop” – the first revolutionary armed forces set up in Yen Bai’s Luc Yen district.

The then Muong Lai area covered Co Van and Tu Hieu communes, surrounded by old forest and rocky mountains. Recognising the area’s advantages for secret operations and the development of revolutionary climax, comrade Pham Van Dong was assigned to establish a "Tay Tien” (Advance Westward) troop in Co Van and Tu Hieu.
While attending a singing contest, Hoang Trieu Cong, a local in Co Van who then became the leader of the Co Van guerrilla troop, came cross a Viet Minh team. Realising the right ideology of the revolution, right at that night, he gathered and mobilised the youth in the village to follow the Viet Minh revolution, destroying the Japanese granary to deliver the grain to all local people, refusing to join the French and Japanese armies, rejecting the growing of jute and castor for Japan and France.
In the night on May 9, 1945 night, on the Rose myrtle hill of Co Van, the Co Van guerrilla troop was formed with seven members led by Hoang Trieu Cong. The troop received warm support from local residents.
As the revolutionary spirit reached its peak, the number of the troop’s members increased to 17 and then 24. It was divided into two smaller teams. Along with practicing to strengthen itself, the troop also encouraged people to support the Viet Minh, set up watching teams and checkpoints on the entrance of the revolutionary base, and organised ambushes to defeat the enemy’s troops in Quan Van, Quan Loc and Vang Xap. The reputation of the Co Van guerrilla troop expanded to the whole region.
On July 4, 1945, after understanding the enemy’s situation, the troop received an order to fight for the liberation of Luc Yen area. Cong and members of the troop captured the leader of Luc Yen alive, persuaded and forced him to write a letter asking his soldiers to surrender. On July 8, 1945, Hoang Trieu Cong and 26 guerrillas surrounded the Luc Yen military post.
The Co Van guerrilla troop tightened the encirclement. Barehanded, Cong advanced towards the enemy guns, holding a letter from Tran Le Nghiem and an ultimatum from the Viet Minh to ask the enemy surrender. On July 10, 1945, the Provisional Resistance Committee of Luc Yen district was introduced.
After the liberation of Luc Yen and the participation in the committee, the Co Van guerrilla troop returned to their base to prepare for a new fight in the revolutionary base, in which a large-scale meeting was held to welcome the victory troop. At that time, the number of members of the troop was 200.
After three months of training, the Co Van guerrilla troop was divided into three parts – one focusing on suppressing bandits in Muong Leng, Tan Yen and Bac Quang, another going upstream of Chay River to coordinate with military soldiers to liberate Pho Rang – Bao Yen, Nghia Lo township, Van Ban and Than Uyen, and the rest stay to develop the base and expand the operation area to Ngoc market in Yen Binh, heading to Yen Bai. The Co Van guerrilla troop was then merged into the major military force to join many large military campaigns, including the historical Dien Bien Phu campaign.
The Party and people of Muong Lai commune have received the title of "Hero of the People’s Armed Forces” from the Party and State. Meanwhile, the location in which the Co Van guerrilla troop was established has been recognised by the People’s Committee of Yen Bai as a provincial-level historical-cultural relic site on December 28, 2004.
Hong Duyen 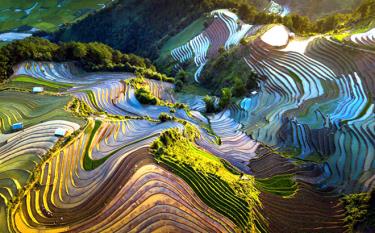 Mu Cang Chai district in Yen Bai province is scheduled to receive a certificate recognising its terraced rice fields as a special national relic site, and another recognising the New Rice Festival of local Mong people as national intangible cultural heritage on December 31. 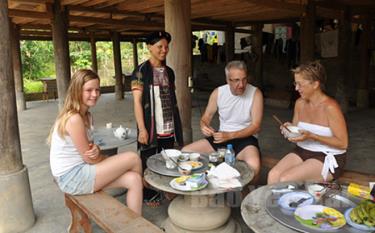 Setting foot in Phuc An commune of Yen Binh district, the first thing visitors can feel here is that this is a tranquil rural area with friendly and hospitable people. Local residents earn their living mainly from fishing and weaving shrimp traps, which are also interesting experiences that travellers should not miss once coming to this place. 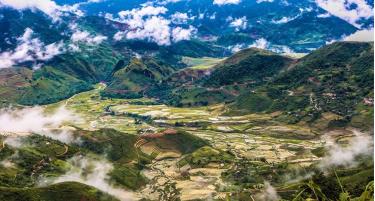 Khau Pha Pass in Mu Cang Chai district, the northern mountainous province of Yen Bai, is an attractive destination. The pass stuns travelers with its beautiful and poetic scenery, where high mountains stand on one side and the other side is a deep valley covered with fluffy white clouds around the year. 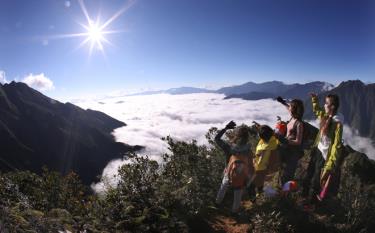 Ta Chi Nhu peak in Tram Tau district has an altitude of 2,979m above sea level. It is part of the Pu Luong massif of the Hoang Lien Son mountain range. The peak, which is shrouded in a sea of clouds, has become an attractive destination for those who love climbing and adventure travel.