The typhoon, the fifth arising in the East Sea so far this year, made its landfall on the mainland of Vietnam on the morning of September 18 and hit central localities, especially Da Nang, Thua Thien-Hue, Quang Binh, and Quang Tri before weakening into a tropical low pressure system.
It destroyed 10 houses and blew away the roofs of 22,562 houses. Torrential rain-induced flooding submerged 79 houses, 115 hectares of rice fields, 170 hectares of crops, while damaging 1,149 hectares of forest, 300 hectares of fruit farms, and 40 hectares of aquatic farms.
Alongside, 36 power poles collapsed, while three transformer stations were damaged and three telecommunications towers and 15 cable cab system were broken. Many localities in Thua-Thien Hue have suffered power cut. So far, the locality has fixed the damage to power system by 75 percent.
Meanwhile, serious erosion occurred along 6.2km in the coast of Thua Thien-Hue. Landslides blocked many roads in Quang Tri and Quang Nam.
Currently, affected localities are working hard to overcome the storm’s consequences.
The Office of the Central Steering Committee on Natural Disaster Prevention and Control has directed localities to support affected locals and keep a close watch on the water levels in rivers, so as to roll out timely responding measures.
The localities have been asked to evacuate people in areas with high risks of landslides, flashflood and flood to safer places, while staying ready to deal with problems occurring in reservoirs.
NDO 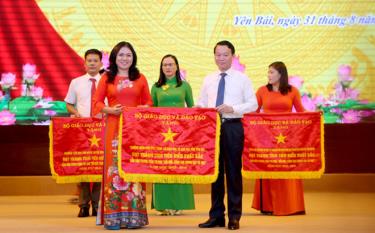