YBO - The Women’s Union of Yen Bai province has launched a campaign themed "Building the family of 5 nos, 3 cleans", which means no poverty, no law violations and social evils, no domestic violence, no violation of population policy and no children who are malnourished and drop out of school; clean house, clean kitchen and clean alley.

For the 2016-2021 term, during the implementation of the campaign, the "3 cleans" criteria, which are suitable to the functions, tasks and conditions of the union, were selected as a breakthrough to step by step implement the "5 nos" criteria, contributing significantly to the province’s new-style rural building achievements.
During the term, women’s unions at all levels helped 6,055 households implement the campaign. Nearly 5,400 more households met the eight criteria, of which 1,080 escaped from poverty according to multidimensional poverty standards. The figure brought the total number of member households in the province satisfying the eight criteria to over 108,500, accounting for 78 percent of the total.
In 2021, they helped 742 more households achieve the eight criteria of a "5 nos, 3 cleans" family, bringing the total number of families meeting the criteria to over 109,200.
The campaign is being implemented in the 2022-2025 period, with its content becoming more comprehensive, contributing to not only the realization of the goals of the National Target Programme on building new-style rural areas in the 2021-2025 period with enhanced criteria, but also the development of prosperous, progressive, happy and civilized Vietnamese families.
In addition, the "5 haves" criteria (have a safe house, have a sustainable livelihood, have good health, have knowledge and have a cultural lifestyle) will be piloted in localities that carry out advanced and model new-style rural area building.
The Resolution of the 16th Congress of the Yen Bai provincial Women's Union for the 2021-2026 term has set a specific target that women’s unions at all levels will help 4,000 more households meet the criteria of the family of "5 nos, 3 cleans" in the term.
Each grassroots-level union will annually encourage and support five more households to meet the criteria "5 nos, 3 cleans" or "5 haves, 3 cleans" for localities that are building advanced and model new-style rural areas; piloting the model of the "5 haves" family in localities building advanced and model new-style rural areas and civilized urban areas.
Thu Hanh 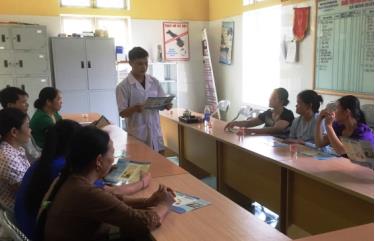 In the 2022 – 2025 period, 29 more extremely difficult communes in Yen Bai province are expected to be recognised as new-style rural areas, meaning that there will be nearly 95,200 people, equivalent to about 11.4% of the population from these communes, being not supported by the state budget anymore to buy health insurance cards. 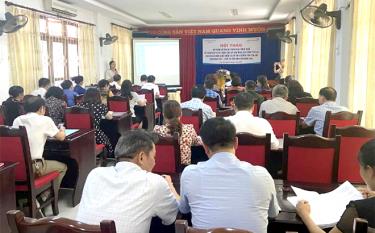 The Steering Committee for the Care and Protection of People's Health of Yen Bai province has recently organised a workshop to build an implementation plan for Plan No. 62/KH-UBND of the provincial People's Committee on the implementation of the National Strategy on Nutrition in the province in the 2021 - 2030 period, with a vision to 2045. 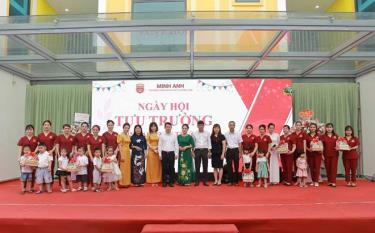 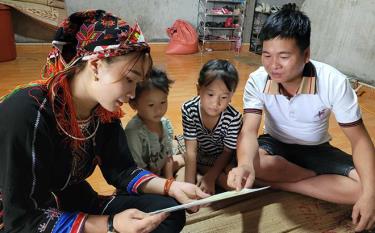 The authorities, sectors and organisations in Yen Bai province have taken specific actions and measures to realise the goal of poverty alleviation and hunger eradication, helping to bring a prosperous and happy life to local people.