YBO - As part of the third "Coming to the Land of Gems" tourism programme in Luc Yen district, Yen The township recently hosted a wide range of activities, including ‘chung’ cake wrapping and red-whiskered bulbul singing contests, and folk games such as spinning tops, blind man’s buff, and ‘danh yen’ which is considered badminton of the local ethnic minority group.

>> Tourism programme promises visitors interesting experiences in "Land of Gems”
In the market space of the land of gems, local people and visitors are immersed in the lively atmosphere of the ‘chung’ cake wrapping contest with the participation of teams from the Women's Unions of communes and Yen The township in the district.
The expanded red-whiskered bulbul singing contest saw the competition of 74 birds from Yen Bai, Ha Giang, Phu Tho, and Lao Cai provinces.
The organisation of activities has contributed to diversifying tourism products, awakening the potential of tourism development, boosting economic development, and improving the cultural and spiritual life of local people and tourists. 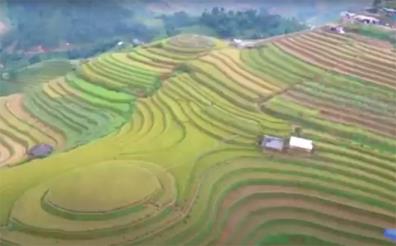