YBO - The Steering Committee for Voluntary Blood Donation of Yen Bai province has held a ceremony to honour 100 outstanding blood donors in 2021.

The province received 3,000 units of blood last year. In the first nine months of the year, the province has organised 15 blood donation campaigns with over 6,300 registered people, collecting nearly 4,700 blood units. The Red Journey Programme, which was implemented in collaboration with the National Institute of Haematology and Blood Transfusion, attracted a large number of people, collecting over 2,200 blood units, while ensuring absolute safety amid the context of the COVID-19 pandemic.
Through blood donation campaigns, there have been many outstanding individuals, families and individuals in Yen Bai city, Van Chan district and Yen Bai Vocational College.
Many units have found creative ways to persuade employees and people to donate their blood for the community.
Speaking at the event, Vu Thi Hien Hanh, Vice Chairwoman of the provincial People's Committee, head of the provincial Steering Committee for Voluntary Blood Donation, praised the efforts and support of local residents, but noted that the amount of blood received has not yet met the demand, especially in the current context that Yen Bai province and the whole country are carrying out COVID-19 prevention and control. Therefore, each collective and individual should join the blood donation campaign, all for a healthy community, securing enough blood for emergency and treatment of patients, she said.
On this occasion, the People's Committee of Yen Bai province presented certificates of merit to five collectives and five individuals who had outstanding achievements in the voluntary blood donation movement. The Central Committee of the Vietnam Red Cross Society awarded certificates of merit to five collectives, two families and seven individuals.
The provincial Red Cross Society also presented certificates of merit to ten collectives, eight families and 25 individuals who have made many contributions in the dissemination and mobilisation of blood donation in 2021.
Thu Hien - Quyet Thang 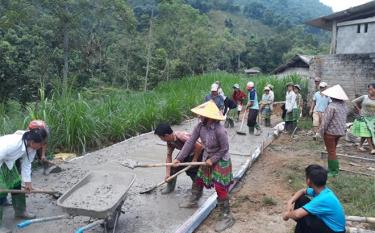 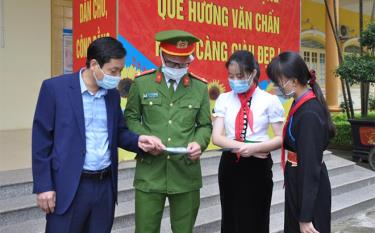 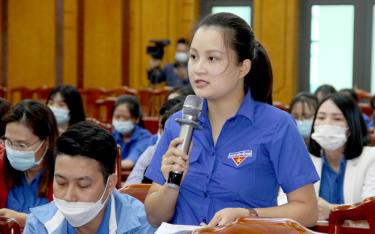