YBO - In recent years, Yen Bai province has piloted a support and intervention model to reduce child labour as part of the implementation of the Programme on Child Labour Prevention and Reduction in the 2016-2020 period.

The model, implemented from 2018, organised training classes in Van Yen, Luc Yen, Yen Binh and Van Chan districts and Nghia Lo town for 100 officials who are leaders of local People's Committees, those working in child protection and care, village heads, family representatives and teachers at secondary schools.
It also offered training for 70 children at risk of early labour, informing them on risks of abuse and exploitation, and equipping them with skills to protect themselves. In addition, the model supported families of risky children to borrow loans to create jobs for household economic development.
The model has contributed to reducing child labour, raising public awareness about the harmful effects of using child labour.
However, the model activities have limitations and have not been carried out in all localities in the province, and the number of people accessing loan support is quite modest.
In order to strengthen the prevention and reduction of child labour, the provincial People's Committee has just developed a plan to implement the Programme on Child Labour Prevention and Reduction in Yen Bai province for 2021-2025, with a vision to 2030.
The plans set the target of reducing the rate of working children and juveniles to 4.9 percent; and giving timely support and supervision in 100 percent of alerted cases involving at-risk children, child labourers and children trafficked for the purpose of labour exploitation by 2025.
Over 90 percent of at-risk children and child labourers will have access to appropriate education and vocational training; 90 percent of officials and teachers in educational institutions and childcare facilities and 70 percent of parents and caregivers and children will be provided with information and knowledge on child labour prevention and reduction; 90 percent of enterprises, cooperatives, and households, especially small- and medium-sized enterprise and cooperatives and households in trade villages, will be equipped with information and knowledge on prevention and reduction of child labour.
By 2030, the programme also aims to reduce the rate of child and juvenile labour to 4.5 percent, and minimize the proportion of child and juvenile labourers doing heavy, hazardous and dangerous works.
Thu Hien 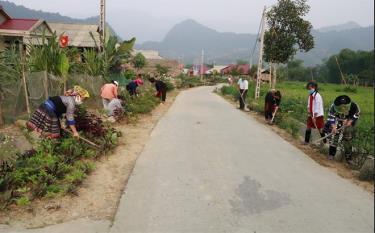