YBO - Nghia Lo town officially launched its smart city monitoring centre on May 12, following the lead of Yen Bai City as the second locality in the region to undergo the transformation.

Two months of construction was needed to complete the first phase of Nghia Lo smart city monitoring centre. The high-tech project was undertaken by the Military Industry and Telecommunications Group (Viettel).
In the first phase, the centre will make use of the core software system to operate, standardize and integrate basic data, including "Nghia Lo Smart" app right to citizens’ smartphones. 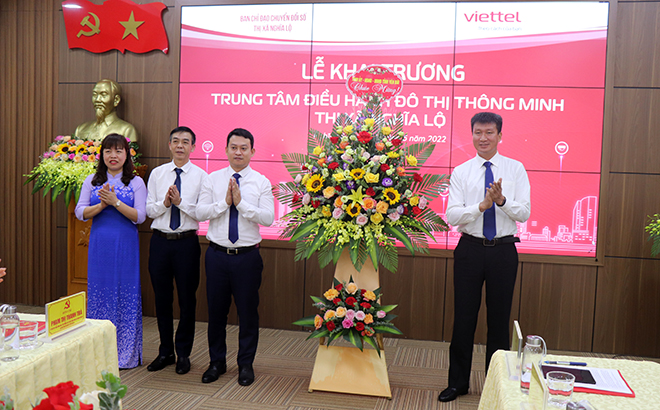 Chairman of the Provincial People's Committee Tran Huy Tuan presents flowers to congratulate leaders of Nghia Lo town.
In the second and third phases, the centre will connect citizens to the Provincial Smart City Operation Center. These phases allow access to information on the management and administration of the province and town. The application will also serve to integrate the province's shared platforms and databases into the center. This will allow for the optimization of databases to automatically update the town's socio-economic data sources to the center for people and businesses. The ultimate goal is to develop Nghia Lo into a grade 3 urban center as a town of culture and tourism in the near future.
Manh Cuong 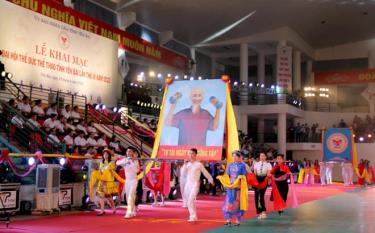 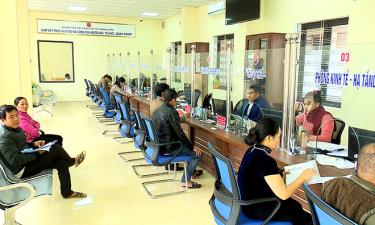 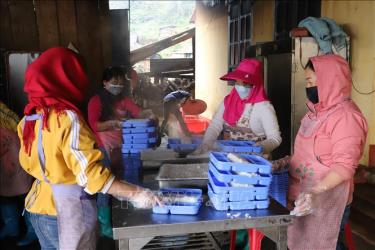 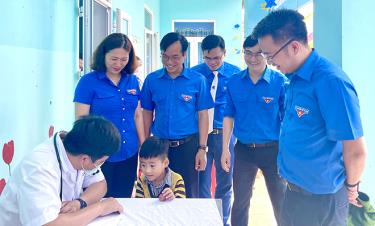