A teleconference on trade promotion between Vietnam and Japan in support industries opened on July 7.
It is the two countries’ first virtual event in this field and jointly held by the Tokyo Metropolitan Small and Medium Enterprise Support Centre, the Vietnamese Trade Office in Japan, and the Ministry of Industry and Trade.
It aims to help businesses popularise products and seek cooperation opportunities amid the complexities brought about by COVID-19.
Speaking at the event, Vietnamese Trade Counsellor in Japan Ta Duc Minh underlined that the two countries’ cooperation in support industries has yet to match potential.
The added value of Vietnamese companies remains modest, he said, urging them to further invest in research and development and modern equipment.
Japan is Vietnam’s third-largest trade partner, with two-way trade reaching 15.6 billion USD in the first five months of this year, up 2.2 percent against the same period last year, despite the impact of COVID-19.
Vietnam’s exports to Japan during the period stood at 7.83 billion USD while imports totalled 7.77 billion USD.
Vietnam shipped the first batch of lychee to Japan last month - more than two tonnes that sold out in just one day.
It expects to export a total of 200 tonnes of the tropical fruit to the country via air and sea this year.
VNA

In 2021, Tran Yen district in the northern mountainous province of Yen Bai plans to grow 125 hectares of “Bat do” bamboo shoots in its four communes of Luong Thinh, Hong Ca, Kien Thanh and Hung Khanh. 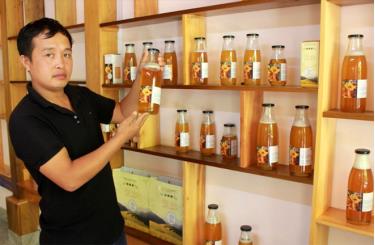 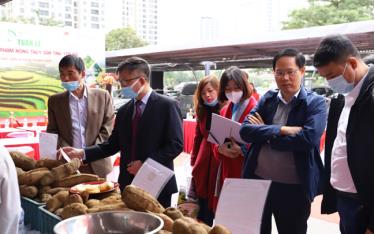