Vietnam: An attractive venue for cooperation and development

Vietnam has not only become an attractive tourist address but it has also been selected to shelter and start business in by many foreigners. In addition, many Overseas Vietnamese have decided to return their homeland after years living abroad. This is a convincing evidence of the image of a peaceful, stable and developing Vietnam.

Vietnam was voted as the second-best destination for expats to live and work in 2019, according to the latest Expat Insider survey published by InterNations GmBh, the world’s largest social network for people living and working abroad with 3.6 million users in 420 cities across 187 countries and territories.
The survey stated that "There is no better place for finances and working abroad than Vietnam, it ranks first in both indices. Together with the improved ratings for quality of life and ease of settling in, this means it reaches the top 3 for the first time, ranking second overall.”
The annual survey gathered data from roughly 20,259 overseas workers, who were asked to rate up to 48 different factors concerning various aspects of life abroad.
Although the survey is only a source of reference, InterNations GmBh’s positive assessments of Vietnam has reflected the fact that in addition to the steady growth in investment capital from international companies and corporations, Vietnam really is an attractive venue for many foreigners to live and work.
At the 8th session of the 14th National Assembly in 2019, the NA’s Foreign Affairs Committee announced results of a specialised oversight on the implementation of the law on management of foreigners in Vietnam. Accordingly, since 2013, up to 141,042 foreigners have been granted temporary residence cards in Vietnam, including 85,526 workers, 14,775 investors, and 38,799 people who came to Vietnam to visit their relatives.
According to statistics from the Ministry of Labour, Invalids and Social Affairs, the number of foreign workers active in Vietnam in 2018 was 92,100. The ministry predicted that the number of foreign workers in Vietnam will see a 20% increase in the coming years.
Notably, more and more Vietnamese expatriates have returned to the homeland, contributing to the increasing number of foreigners in Vietnam as well as the growth of annual remittance flows into Vietnam. Vietnam is among the top ten overseas remittance recipients in the world.
That Vietnamese expatriates who have worked as high-quality employees at international groups are now returning to Vietnam to run businesses has become a hot topic over the past few years.
In his interview granted to Lao Dong (Labour) newspaper in 2014, Vietnamese-Austrian Dr. Dang Hoang Giang triggered a protracted debate not only in the traditional media, but also on social media when he stated that in Vietnam, people can experience themselves in many different fields. Giang’s statement has continued to be proven to be true as time goes by.
Returning from Ukraine, businessmen Le Viet Lam, co-founder and Chairman of Sun Group, and Pham Nhat Vuong, founder and Chairman of Vingroup, have developed conglomerates worth billions of USD. Returning from the US, husband-and-wife entrepreneurs Vu Xuan Son (Sonny Vu) and Le Diep Kieu Trang (Chirsty Le) have established their fame in the Vietnamese business market, inspiring many domestic start-up companies.
Regarding the arts and entertainment fields, many Overseas Vietnamese artists have turned their arts careers to Vietnam, including director Victor Vu, actress Ngo Thanh Van, actors Dustin Nguyen and Johny Tri Nguyen, and singer Tuan Ngoc.
Meanwhile, Vietnamese-American man Etcetera Nguyen Quang Truong launched a video channel on YouTube to introduce viewers worldwide to Vietnamese cultural life. Born in the US, young man Hao Tran decided to return to Vietnam in 2016 and established a magazine on Vietnamese culture.
It doesn’t come as an accident that Vietnam has become an attractive address for many foreigners, especially expatriates. This primarily results from the open and consistent guidelines and policies of the Vietnamese Party and State, which affirm that Vietnam is always a peaceful, strongly integrated and developed country, a sincere and faithful friend, a reliable partner, and a responsible member of the international community.
Over recent years, Vietnam has built a friendly and open legal corridor, creating favourable conditions for foreigners and Overseas Vietnamese to live and do business in the long term.
From its start as a low-income country, Vietnam is now listed in the group of middle-income countries. This is a remarkable result. Not to mention that factors such as remittances, investment from foreign corporations, and the source of high-quality labour from countries around the world can also be considered as "new resources" contributing significantly to maintaining the country’s pace of development.
These factors are also a measure and evidence of Vietnam's cooperation and development in peace and stability, particularly in the context of ongoing political conflicts and instability in many countries. This is also a critical and appropriate reply to the destructive allegations of hostile forces.
NDO 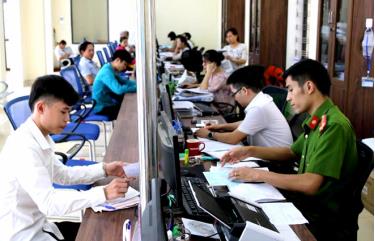 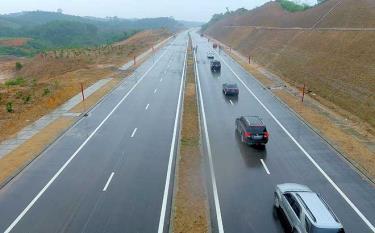 A road linking national highway 32C with Noi Bai-Lao Cai expressway was opened to traffic during a ceremony held in northern Yen Bai province on May 19 to mark the 130th birthday of late President Ho Chi Minh. 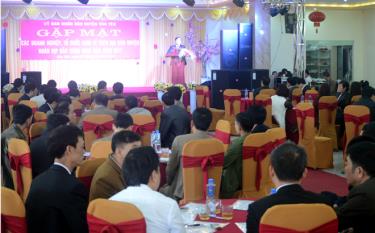 Van Yen district has created favourable conditions for all the economic sectors, especially the private one, develop production. 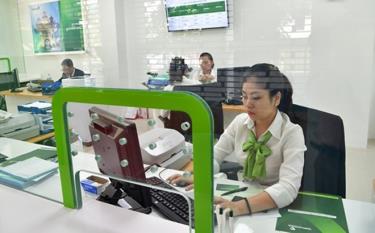