YBO - Yen Bai provinice has worked to improve its investment climate so as to secure further investments to the local industrial parks.

Over the recent past, the province has issued various incentives for enterprises while developing uniform infrastructure at industrial parks, and giving optimal support to the attraction of investors who seek business and investment opportunities at local facilities.
Due attention has been paid to developing new industrial parks along Noi Bai-Lao Cai Highway such as Y Can-Minh Tien industrial park in Tran Yen district, and Tan Hop industrial park in Van Yen district.
In the meantime, the locality is forming an industrial cluster to better competitive edge and operation efficiency, and shaping up supporting industries to make contributions to the province’s economic restructuring.
The province has spared no efforts to push administrative reform and improve competitive capacity with a view to building a transparent business environment. Among the 26 administrative investment procedures under the authority of the local management board of industrial parks, seven have their processing time shortened.
Additionally, the province prioritises luring investors to technical infrastructure at local industrial zones, and attracts strategic investors who have considerable experience and financial strengths as well as branch out environmentally-friendly projects.
Last year, the province granted in-principle approval for 10 projects which registered  more than 1.44 trillion VND (62.4 million USD) in capital and operated in an area of 36 hectares, bringing the total investment projects in the locality to 62. Those included 57 domestic projects and five foreign direct investment ones worth over 11.82 trillion VND.
To be more specific, the Southern Industrial Park had 52 projects valued at over 9.48 trillion VND, Minh Quan Industrial park had four with 1.67 trillion VND, and Au Lau industrial park had six with 627 billion VND.
Despite the havoc wreaked by the COVID-19 on the firms’ operation, local industrial production last year inched up 3.38 percent year-on-year to more than 3.29 trillion VND. The province gained more than 36.7 million USD in export revenue, a year-on-year increase of 2.8 percent.
Hung Cuong 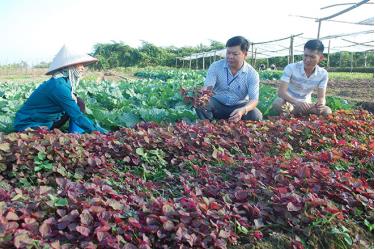 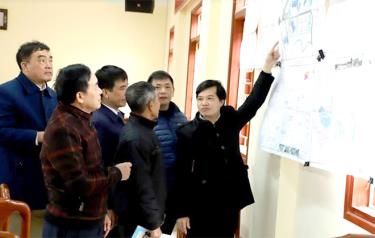 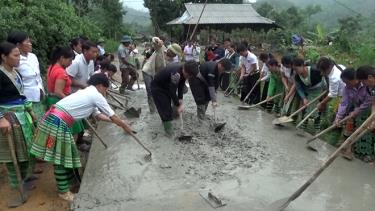 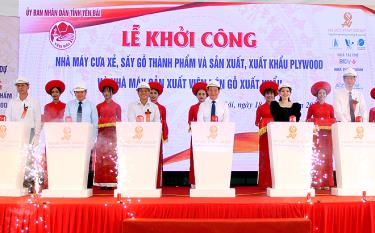