The ultimate sacrifice of Nguyen Thai Hoc and his fellows in the uprising, along with his famous statement "If becoming successful is not possible then becoming a decent person shall be good enough” became a pride and also a strong support for subsequent generations of young patriots in the arduous, fierce and long struggle for national independence and freedom.
To meet people’s aspiration and commemorate the significance of the Yen Bai Uprising, in 2019, Yen Bai province began a project on renovating and expanding the tomb area of Nguyen Thai Hoc and the soldiers who laid down their lives in the 1930 insurrection.
The tomb relic complex is located on a bank of the lake of Yen Hoa Park in Yen Bai city. It was recognised as a national historical relic site by the Ministry of Culture, Sports and Tourism in 1990 – the 60th anniversary of the uprising.
The relic site demonstrates both traditional and modern architectural features. The tomb area is surrounded by 17 big columns that represent the 17 heroes sacrificing their lives in the uprising. The columns are connected with one another with a crescent circle which implies the failure and imperfection of the Viet Nam Quoc dan dang (Nationalist Party of Vietnam) but still maintains the motto "If becoming successful is not possible then becoming a decent person shall be good enough”.
"Here Yen Bai, there Nghe An/Two uprisings that resounded around the globe” – two lines in the poem "Lich su nuoc ta” (Our country’s history) by late President Ho Chi Minh that highlighted the significance and historical values of the Yen Bai Uprising. This insurrection was also mentioned in the Declaration of Independence establishing the Democratic Republic of Vietnam – the first state of workers and farmers in Southeast Asia – in 1945.
The whole Vietnamese people, including those of Yen Bai province, are committed to upholding those precious spiritual values so as to join hands in developing a prosperous nation.
Thu Trang 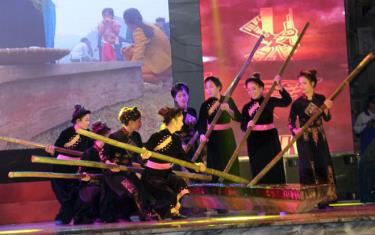 One of the activities to promote tourism of Luc Yen district is supporting the formation and operation of traditional art troupes in communes and towns. 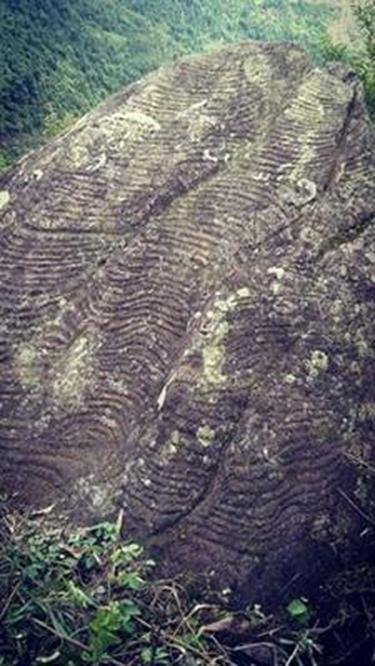 In July, the Museum of Yen Bai province coordinated with the culture and information division of Mu Cang Chai district and authorities of Lao Chai commune to expand a survey of ancient engraved rocks in Hu Tru Linh, Xeo Di Ho A and Xeo Di Ho B villages.

In the 2013-2014 academic year, the Education and Training Department of Nghia Lo town built a model to preserve and uphold local culture identities in schools. The model has been implemented in all schools in the town, focusing on promoting extra-curriculum educational activities.