YBO - Tu Le steamed glutinous rice and Shan Tuyet Suoi Giang tea of the northern province of Yen Bai have been listed among the top 100 gift specialties and top 100 specialty dishes in Vietnam in 2020-2021 by the Vietnam Record Organisation (Vietkings). 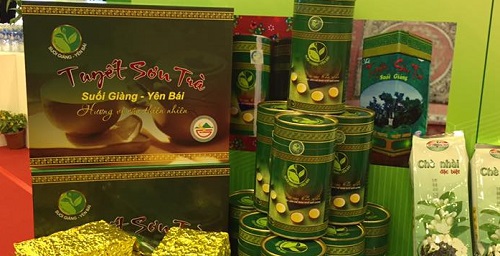 Products rated 4-star under OCOP programme of the Shan Tuyet Suoi Giang tea cooperative in Van Chan.
The two specialties will receive their Top certificates and Top badges at an event held by Vietkings scheduled for April 26 in HCM City.
Thu Trang