YBO - Between 2010 and 2020, the Yen Bai Department of Culture, Sports and Tourism has organised six revisions of intangible cultural heritages in all of its nine localities. 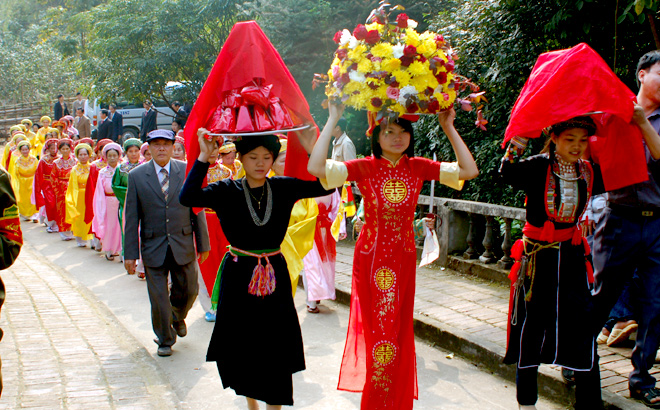 A procession at the Dai Kai temple festival in Luc Yen district.
In addition, the provincial cultural sector has worked to organise conservation activities in association with tourism development, while collecting data to carry out projects on the preservation of ethnic minorities’ cultures in line with the cultural development target programme.
The teaching of cultural value, the reenactment of traditional festivals, dances, and songs, and the organisation of contests and concerts gathering local ethnics were also important.
As of June 2020, Yen Bai had 714 intangible cultural heritages, three of which were recognised as national intangible cultural heritages./.
Thu Hien