YBO - The People’s Committee of Luc Yen district, Yen Bai province, and the Centre for Agrarian Systems Research and Development have announced the certification of the brand name of Lam Thuong duck.

The project that seeks the brand certification of Lam Thuong duck has been implemented since 2018 by the Centre.
It has basically completed its set targets, with Lam Thuong duck in 10 communes certified by the National Office of Intellectual Property of Vietnam under the Ministry of Science and Technology.
The registration aims to preserve the indigenous duck variety and promote its value, contributing to changing local residents’ mindset in the breeding. 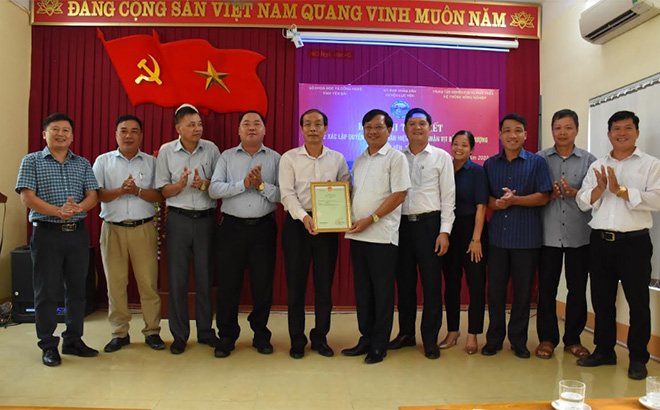 A representative of the provincial Department of Science and Technology presents the certificate to the People’s Committee of Luc Yen district.
Khac Diep