This is the third and last group of students in the province coming back to school, after the first group on April 23 and the second on May 4. It comprised of students from first to fourth grade, along with those between age 2 and 5. 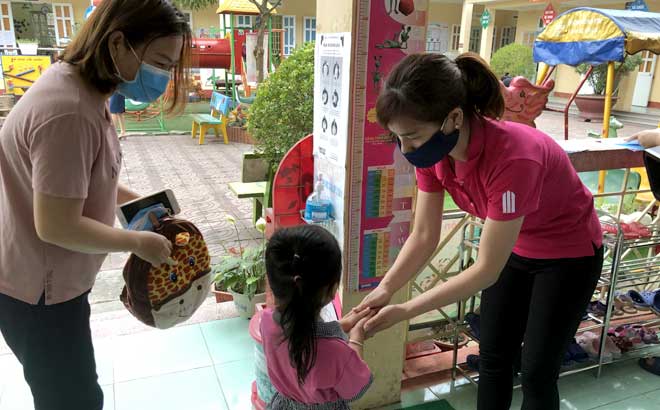 Before entering their classrooms, students are guided to follow six steps of hand-washing.

Per guidelines of the Prime Minister, social distancing measures are lifted at school, thus schools should adapt to the new normal circumstances. However, the provincial education and training sector advised schools to closely follow preventive measures. 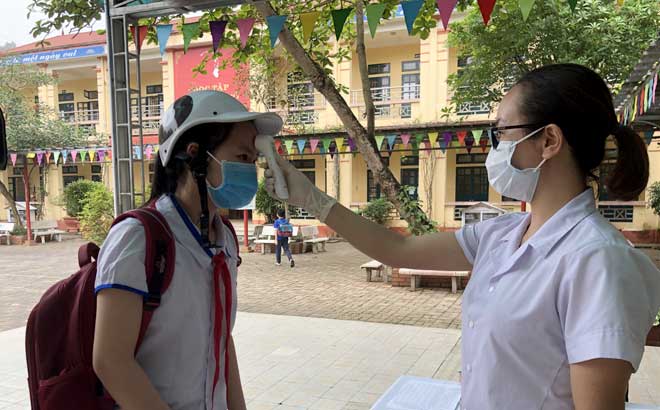 Even if taking body temperature is now non-compulsory, many schools still measure students’ temperature before class./.

Accordingly, large-scale cleanups and sterilisation were conducted at schools. All students wear face masks and have their temperature checked. They are asked to wash their hands frequently and refrain from taking part in large groups and extracurricular activities.
Thanh Chi, Duc Toan, Manh Cuong