YBO - The Union of Science and Technology Associations of Yen Bai province has collaborated with the provincial Historical Science Association to organise a conference highlighting Yen Bai’s outstanding achievements during 30 years of re-establishment.

In August 1991, the 8th National Assembly issued a resolution to divide Hoang Lien Son province into Yen Bai and Lao Cai province. After 30 years of re-establishment (October 1, 1991-2021), Yen Bai has recorded strong growth with rising socio-economic strength and improved living conditions of local residents.
At the conference, participants gave an insight into the origin of the province's name, the process of the formation of the boundary and socio-natural conditions of Yen Bai throughout the history as well as after the locality’s re-establishment. They also pointed to advantages and difficulties of the province currently, thus serving as reference for leaders of the province to design suitable orientations, policies, tasks, steps and solutions to gain more achievements in the future.
They also affirmed the spirit of self-reliance and desire of the province to build a province with friendly, kind, creative people who unite and are ready for and integration as set by the Party Committee, administration and people of Yen Bai.
Alongside, they also stressed the need to build and develop a system of relic sites serving the locality’s socio-economic development, while highlighting the  aspirations of boosting the fast and sustainable development in the direction of "green, harmony, identity and happiness” in line with the resolution of the 19th provincial Party Congress.
Minh Huyen - Hoai Van 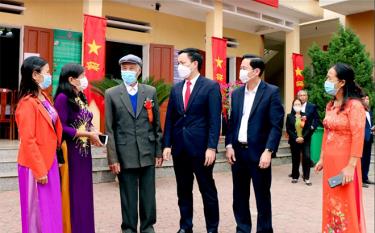 Over the past time, the movement to eliminate temporary and dilapidated houses for the poor and ex-revolutionaries who meet difficulties in housing has spread widely thanks to active participation of the entire political system. 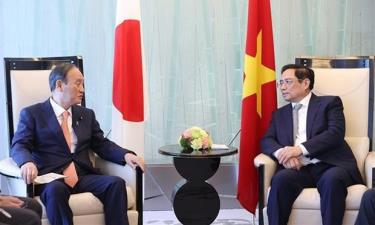 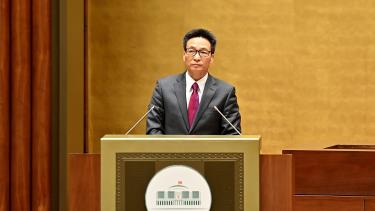 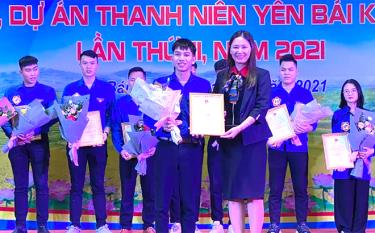 Nguyen Hong Son, a male student from the Yen Bai Vocational College, has won the first prize at Yen Bai’s third contest on youth startup projects and ideas which received over 380 entries from students and young people from all over the province.